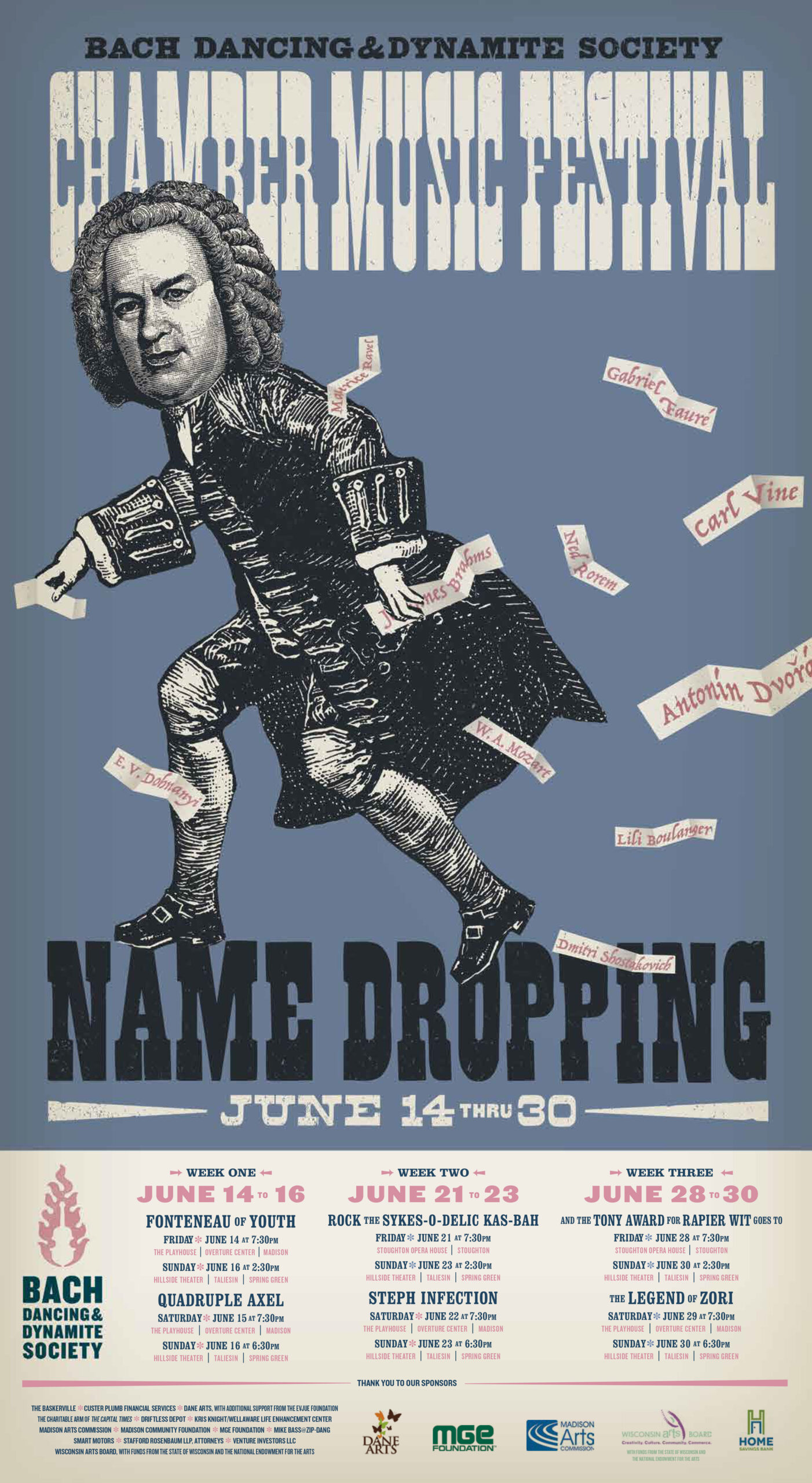 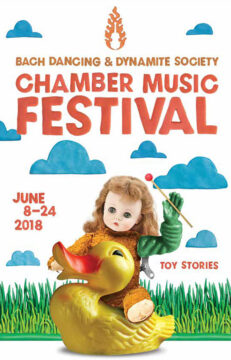 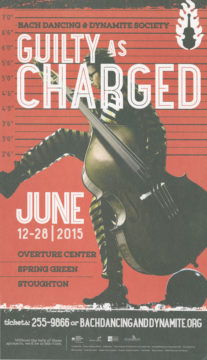 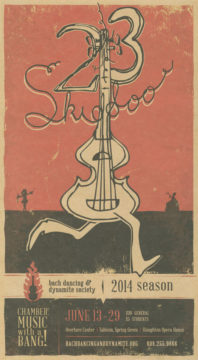 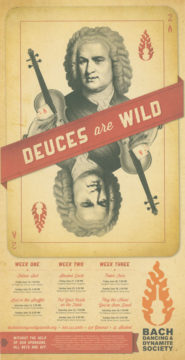 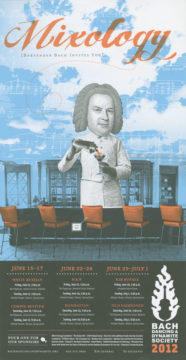 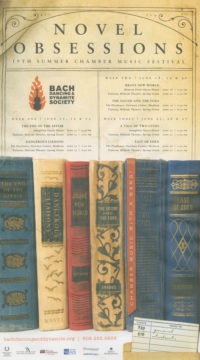 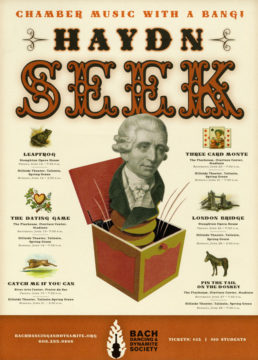 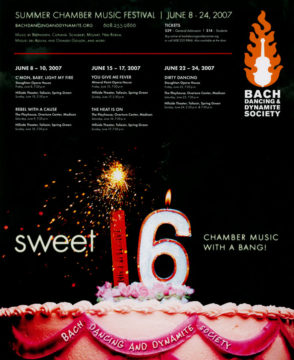 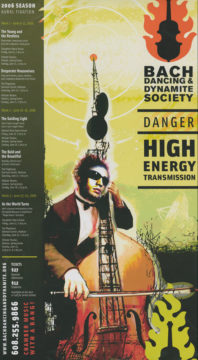 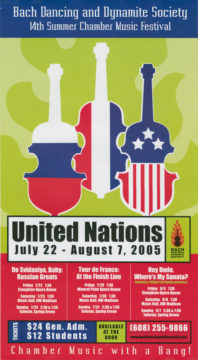 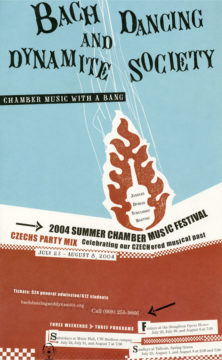 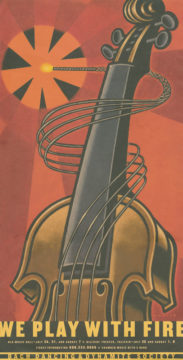 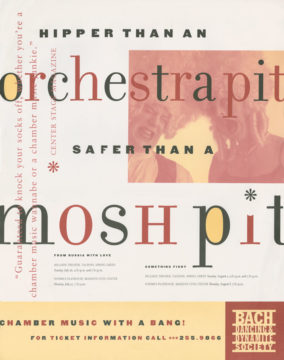 Cello TRACE JOHNSON, a native of Madison, Wisconsin, has appeared as a chamber musician, soloist, and orchestral musician in a wide variety of settings in the U.S. and around the world. He is a cellist in the Sarasota Orchestra in Sarasota, Florida, and recently performed with the Milwaukee Symphony Orchestra, Wisconsin Chamber Orchestra, and the Madison Symphony Orchestra. He has also performed in chamber recitals with faculty from SUNY Purchase, the University of Toronto, Florida Atlantic University, Palm Beach Atlantic University, Florida International University, Shenandoah University, and Queens College in New York City. traceljohnson.com

Bass NICK MORAN, a veteran of the Madison, Wisconsin, music scene, performs on both electric bass and the double bass in varied genres including jazz, Afro-Latin, hip hop, reggae, and funk. Mr. Moran has toured internationally and performed with a diverse collection of acts, including Ben Sidran, Lee ‘Scratch‘ Perry, Clyde Subblefield, and David ‘Fathead‘ Newman (Ray Charles’s sax player). He has also worked with such Madison music institutions as Harmonious Wail, the Gomers, Tony Casteneda, Anna Laube, Joy and the Boy, and the Tim Whalen Nonet. As a freelance bassist, Mr. Moran has recorded tracks and albums for a wide-ranging roster of artists including Gerri DiMaggio, University of Wisconsin-Madison music professor Les Thimmig, Clyde Stubbelfield, Hanah John Taylor, and reggae giants Natty Nation. His playing can also be heard in various Afro-Cuban, hip hop, R&B and funk loop libraries from Sony Music and Apple. In addition to his music career, Mr. Moran works as a production and development consultant for the Greater Madison Jazz Consortium. In 2014, he was named "Jazz Personality of The Year" at the Isthmus Jazz Festival by mayoral proclamation. In 2016, he joined the UW-Madison School of Music as jazz bass instructor.

Conductor KENNETH WOODS was appointed artistic director and principal conductor of the English Symphony Orchestra in 2013, and was recently appointed artistic director of both the Elgar Festival in Worcester, England, and the Colorado MahlerFest. As a guest, Mr. Woods has conducted ensembles including the National Symphony Orchestra (Washington, D.C.), Royal Philharmonic Orchestra, Cincinnati Symphony, BBC National Orchestra of Wales, Budapest Festival Orchestra, Royal Northern Sinfonia, and the English Chamber Orchestra; has been featured on broadcasts for BBC Radio 3, National Public Radio, and the Canadian Broadcasting Corporation; and has appeared at music festivals such as Aspen, Scotia and Lucerne. Under Mr. Woods’ leadership, the English Symphony Orchestra responded to the2020 Covid-19 lockdown, “Music from Wyastone," a series of virtual concerts including dozens of world-premieres of new works and new arrangements, such as a chamber version of Mahler’s Ninth Symphony and Bartók’s Bluebeard’s Castle. Mr. Woods’s blog, “A View from the Podium,” is one of the 25 most popular classical blogs in the world. He has spoken on Mahler on NPR’s All Things Considered and is a regular speaker on BBC radio programs. Kennethwoods.net

Baritone TIMOTHY JONES has performed in opera houses and with symphony orchestras in the U.S., Ecuador, Mexico, and the Czech Republic. He has appeared with the Cleveland Orchestra, Dallas Symphony, St. Petersburg Chamber Orchestra, San Antonio Symphony, and the Jacksonville Symphony. In opera houses he has performed leading roles in "The Marriage of Figaro," "Carmen," Die Zauberflöte," "Cosi Fan Tutte," "Don Giovanni," "Don Pasquale," "La Boheme," "Falstaff," "Macbeth," and "La Traviata." He has been a frequent guest with the Victoria Bach Festival, New Texas Festival, Round Top Music Festival, Ars Lyrica Houston, Cactus Pear Music Festival, and the Pittsburgh New Music Ensemble. As a committed performer of contemporary music, Mr. Jones has commissioned and premiered numerous compositions by leading composers of our time. He currently lives in Houston, where he serves on the faculty of the University of Houston.

Cellist KENNETH OLSEN joined the Chicago Symphony Orchestra as assistant principal cello in 2005. He is a graduate of the Cleveland Institute of Music and a winner of the school's prestigious concerto competition. His other awards include first prize in the Nakamichi Cello Competition at the Aspen Music Festival and second prize at the 2002 Holland-America Music Society Competition. His teachers have included Richard Aaron at the Cleveland Institute of Music, Joel Krosnick at New York's Juilliard School of Music and Luis Garcia-Renart at Bard College. He also has been a participant at the Steans Institute for Young Artists (the Ravinia Festival's professional studies program for young musicians) and at Boston University's Tanglewood Institute. A native of New York, Kenneth Olsen is a founding member of the East Coast Chamber Orchestra, a conductorless string orchestra comprised of young musicians from orchestras and ensembles all over the country.

Violin SUZANNE BEIA is co-concertmaster of the Madison Symphony Orchestra, concertmaster of the Wisconsin Chamber Orchestra, and second violinist in the Pro Arte Quartet. A native of Reno, Nevada, she began her musical studies on the viola at the age of ten. Three years later, she shifted her attention to the violin and made her solo debut at the age of fourteen with the North Lake Tahoe Symphony. Since that time, she has performed as a soloist with orchestras throughout the U.S. and Germany. Before coming to Madison, Ms. Beia held the position of principal second violin in the Wichita Symphony and has held concertmaster positions with the Reno Chamber Orchestra, Bay Area Women's Philharmonic, Spoleto Festival Orchestra, and Chamber Symphony of San Francisco. She also held the assistant concertmaster position in the New World Symphony. Her chamber music experience has been extensive: she has performed at festivals such as Chamber Music West, Telluride Chamber Music Festival, Token Creek, Festival de Prades, and Chamber Music at the Barn. Ms. Beia has served on the faculties of the Rocky Ridge Music Center and Florida International University.