Larry Bechler grew up playing music: first piano, then trumpet all the way through college marching band and into post-college bands. He has a love of live chamber music, spawned by BDDS and the Spoleto Festival in Charleston. He practices law at Murphy Desmond S.C and has served on various committees and commissions throughout his life.

Sarah Best is the award winning CEO/chief strategist of Sarah Best Strategy, a social media company.  She has been invited to speak at various conferences around the country, and is an avid traveler, foodie, and multi-faceted creative.  Sarah is also a poet who has been published in The Yale Review.  She is a visual artist and film curator who has shown work at many significant Chicago institutions as well as the Echo Park Film Center, in Los Angeles.  She is a Madison Downtown Rotarian and is secretary of the board of New Harvest Foundation.

Michael Bridgeman is the retired Communications Director for Wisconsin Public Television where he oversaw promotion, public relations, design, special events and online services. He has been active in historic preservation and neighborhood organizations and served for ten years on the Madison Arts Commission, including two as chair. Michael has attended BDDS concerts since the first season and also enjoys orchestral music, opera and theater.

David Polet was born in Holland, Michigan into a family of Dutch immigrants.  One of his passions was living in Russia, studying language and literature, and attending the St. Petersburg Philharmonic.  Having worked at Epic Systems, and CUNA Mutual Group, he is currently employed at the State of Wisconsin Investment Board as a project manager.  He likes to attend Chamber Orchestra concerts and is a member of the Salon series at Farley’s House of Pianos.

Claire Ann Resop is a partner in the Downtown Madison, Wis., office of Steinhilber Swanson LLP, where she concentrates her practice in bankruptcy, real estate, and commercial and claim litigation.  In 2005, she was recognized as one of the “Top 25 Female SuperLawyers,” and has been named a “SuperLawyer” in Law & Politics and Milwaukee Magazine. She enjoys theater, symphony orchestras, museums, entertaining, and travel.

Miriam Simmons served as the Assistant Dean for Professional Development in the Graduate School at UW-Madison. A major responsibility was directing the Wisconsin Idea Seminar, a five-day tour of the state that immerses forty faculty and academic staff members in the realities of Wisconsin. She is on the board of the Madison Civic Club and considers BDDS her new BFF.

Sarah Siskind is an attorney who specializes in class action and other complex litigation. She has represented clients in trial, mediation, and arbitrations in front of a variety of federal, state and local forums, and served as lead counsel in numerous large-scale class action lawsuits. She’s a champion for children in the arts and joined the BDDS board in 2014.

Norma Sober, now retired, had a long career as an arts administrator in Madison as the director of outreach at the Madison Civic Center and as director of development and education at Madison Repertory Theatre. She is a member of the Madison Arts Commission and is an occasional consultant to cultural organizations, for which she sometimes gets paid.

Vicki Stewart helped to found Madison Repertory Theatre in 1969. She held just about every position there through the years until her retirement in 1999. She has been a member of the Madison Arts Commission and has continued to volunteer for civic organizations such as Downtown Rotary Club and the Theater Grant Advisory Panel of Dane County Cultural Affairs Commission.

Teri Venker has led arts marketing as the director of marketing for the Madison Symphony Orchestra, from which she recently retired, and for the Wisconsin Union Theater.  Teri enjoys bicycling and international travel.  She also volunteers at Lakeview Elementary School and with the Madison Trust for Historic Preservation.

Joseph Varga has been designing sets professionally at theatres all over the country and in our own back yard for over three decades, including Forward Theater, Madison Opera, CTM, University Theatre, Fresco Opera Theatre, and Madison Ballet. He is UW-Madison professor emeritus with the Department of Theatre and Drama.

Jane Villa is on the board of the Wisconsin Historical Foundation and is a member of the Helen Louise Allen Textile Collection’s development committee.  Other favorite volunteer activities supporting the arts or social progress have included founding a support group for International Students’ Spouses with the Florida State University faculty and other groups, and as translator for Emory University’s South Georgia Migrant Worker Project.  She has also volunteered for organizations in Chicago as well as in London.

Anne Taylor Wadsack, an attorney in private practice in Madison, is a shareholder with DeWitt Ross & Stevens, S.C., which has been a supporter of BDDS for several years.  Anne describes herself as an amateur musician “who has the benefit of never having to perform in public.” 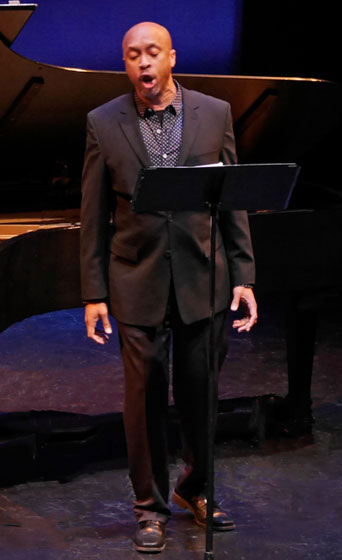